Bhutan is a small mystic country in South Asia. Not many people visit this hugely different country. Bhutan is a rare country that is carbon negative – it means they planted so many trees, they produce more oxygen than they emit carbon dioxide. Although the capital of Bhutan is in Thimphu, the international airport of […] The post Paro Airport to Thimphu appeared first on A Walk in the World. 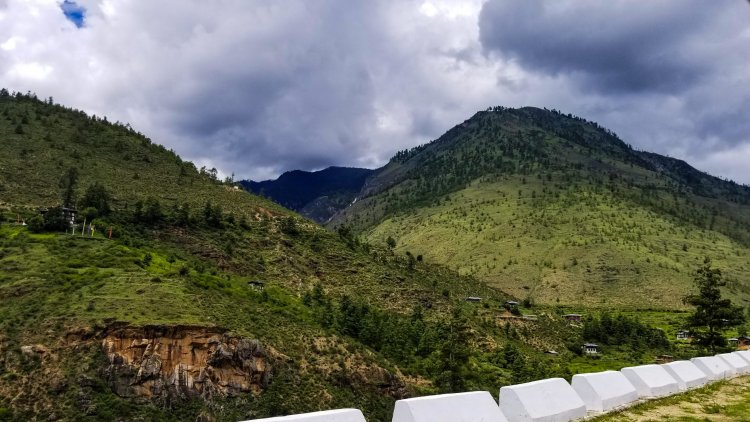 Bhutan is a small mystic country in South Asia. Not many people visit this hugely different country. Bhutan is a rare country that is carbon negative – it means they planted so many trees, they produce more oxygen than they emit carbon dioxide. Although the capital of Bhutan is in Thimphu, the international airport of Bhutan is in Paro. It takes about 90 minutes to travel the 48 Kilometers between Paro airport and Thimphu. This short road journey is taken on a smooth road and a beautiful one! This is a photo guide of the road journey between Paro airport to Thimphu in Bhutan. 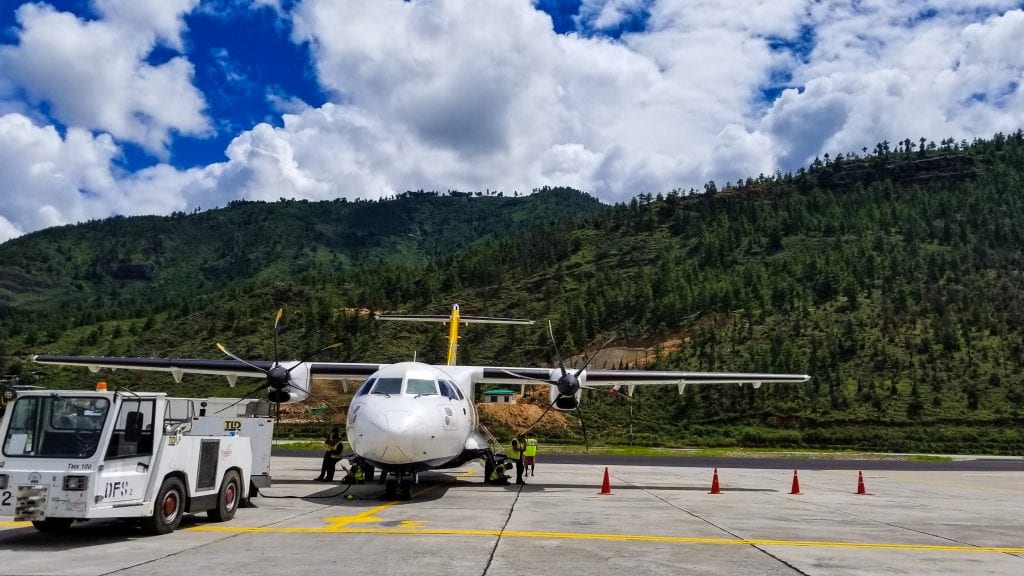 Our plane has just landed in the Paro International Airport in Bhutan.

The landing at the Paro airport was memorable. It was like dancing in the sky. I was very afraid of it, however, seeing the unchanged faces of the Bhutanese on the flight, I understood that it is normal. Only a few pilots can land the plane in the Paro airport as the radar is of no use here due to the nature of the terrain of mountains. 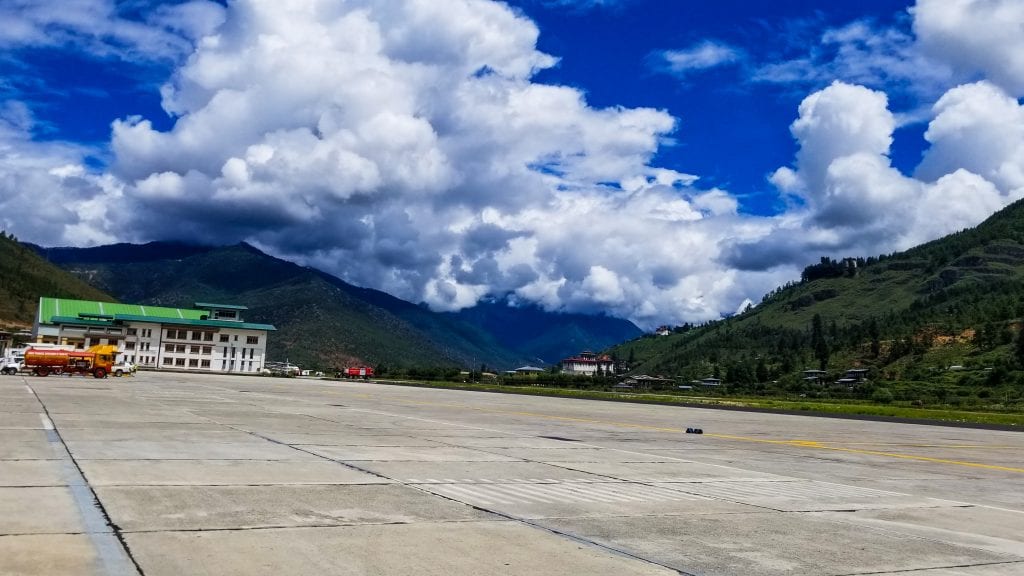 We have got out of the plane and going to the terminal building. The white clouds were hovering over the green mountains.

Paro airport is a small one! I saw only a few airplanes on the ground. Instead of walls like other airports, Paro airport was surrounded by green mountains. There was only one building as the terminal. You will understand instantly, how peaceful Bhutan is the moment you land there. 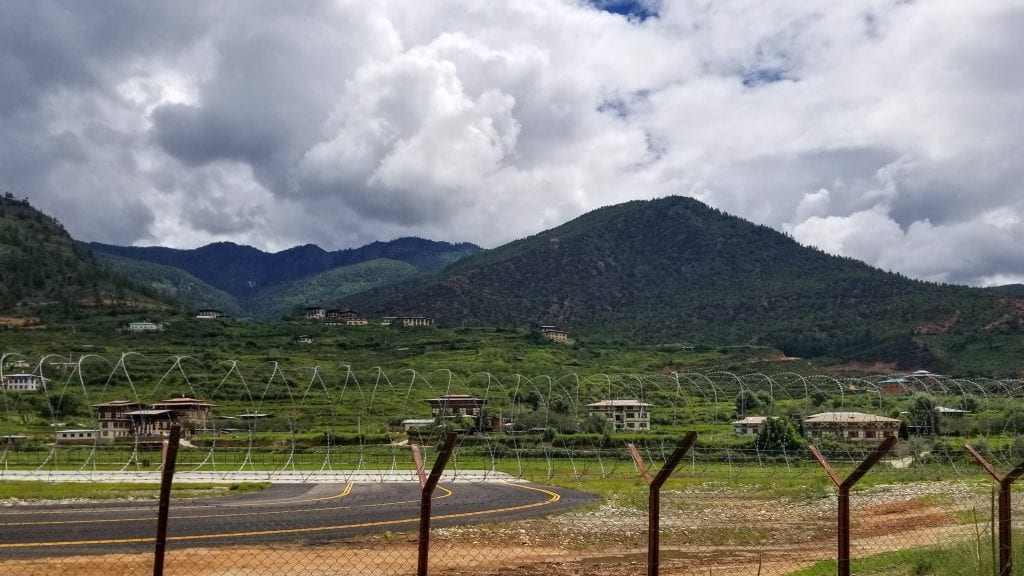 We have started our journey towards Thimphu.

We passed the immigration – some of the friendliest people with their traditional dresses. I bought a SIM from the airport and went out. There was a bunch of taxis there, I negotiated with one of them to drop me at Thimphu. Our journey began. I could see a small fence protecting the airport. The small runway was clearly visible. 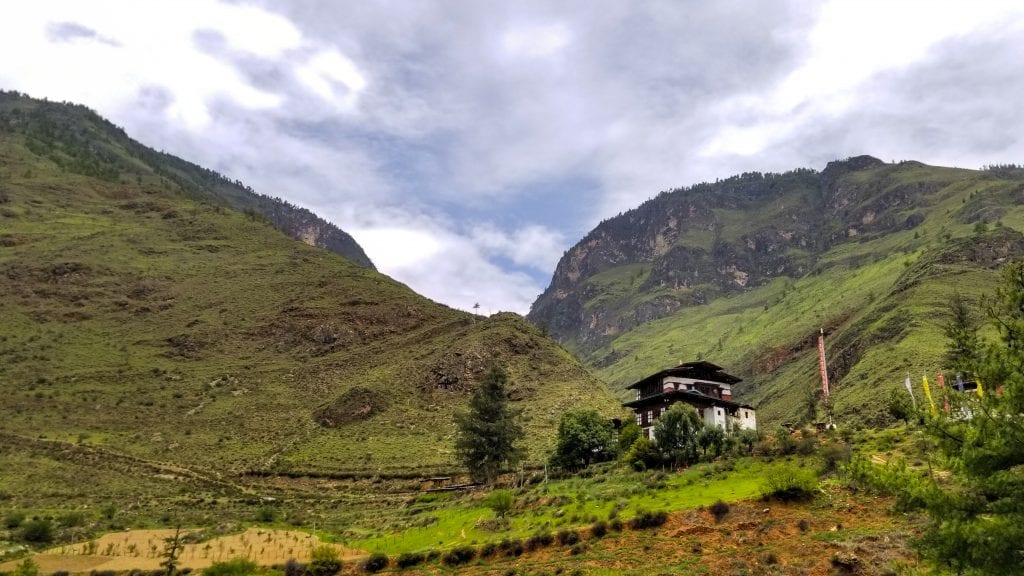 Tachog Lhakhang on way to Thimphu from Paro Airport

We entered the Paro-Thimphu highway. If you go towards the other direction in the same highway, you will end up in the Haa valley – a popular valley in Bhutan. About 25 minutes of drive and 15 Kilometers journey took me to the major stoppage on our way. It’s called Tachog Lhakhang – a small private temple. 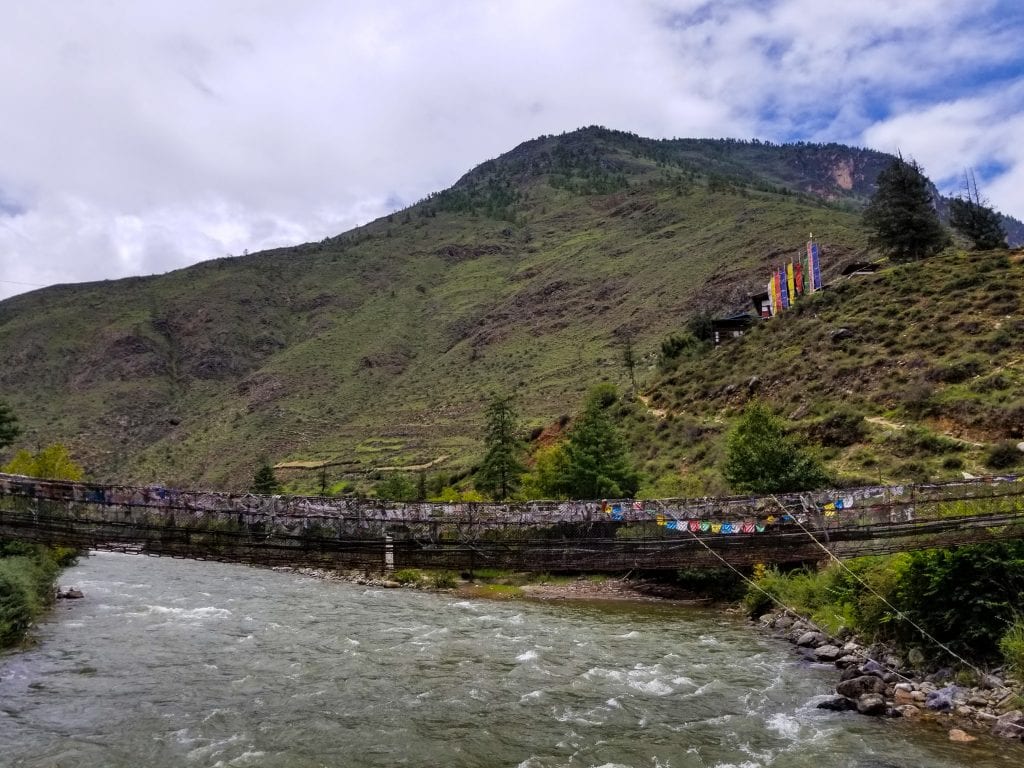 This was a 600 years old bridge that got washed away by a flood in 1969 was later restored. Thangtong Gyalpo, a famous engineer designed the bridge. He did the same for countless other bridges all over Bhutan. This is a special place because, for most of the tourists, this is the first visited place in Bhutan! The thunderous scream of the Paro River, the greeneries, and the iconic bridge made me ecstatic. 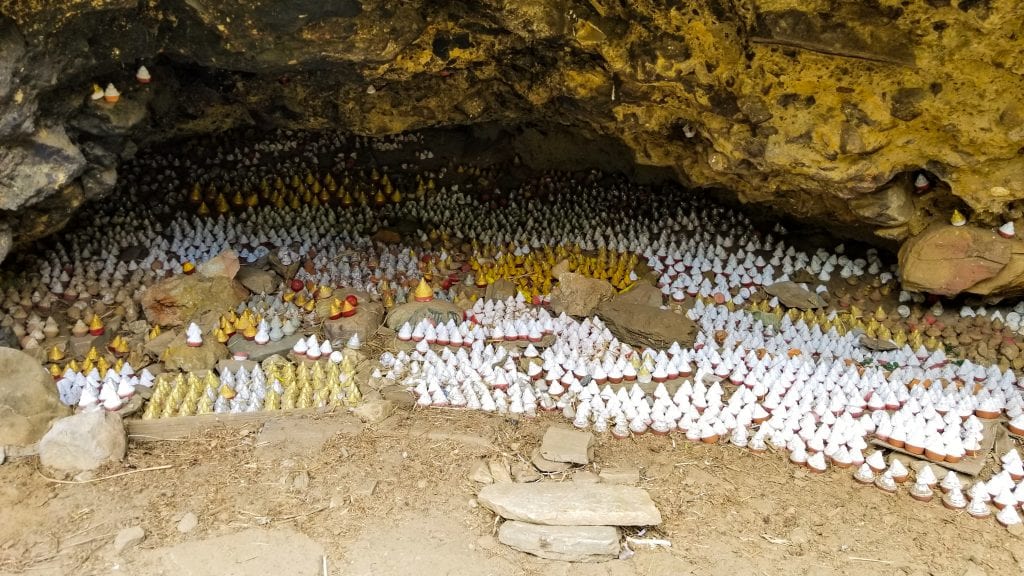 I crossed the bridge and explored the other side of the river far from the highway. You can take several short hikes in any direction, it’s soothing for the eyes! There I found some white, and gold relics at the base of a mountain. I didn’t understand their purpose but looking at them, I assume they had something to do with the religious prayer. 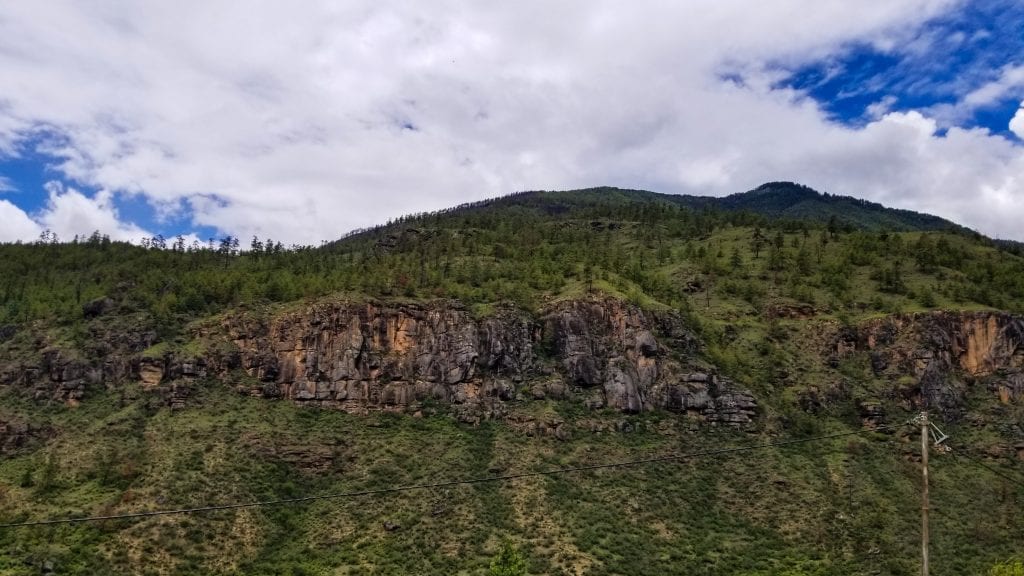 On our way to Thimphu from Paro Airport, you will see some grand mountains.

Having spent an hour or so, we resumed our journey. Although the highway was not very wide, it was in sublime condition. Considering the traffic, it was perfect! Public buses are a rarity in Bhutan. You need to either rent a four-wheeler or rent one. Don’t think, about driving here, the bend of the roads is so steep, I felt nauseated at times during my journey. 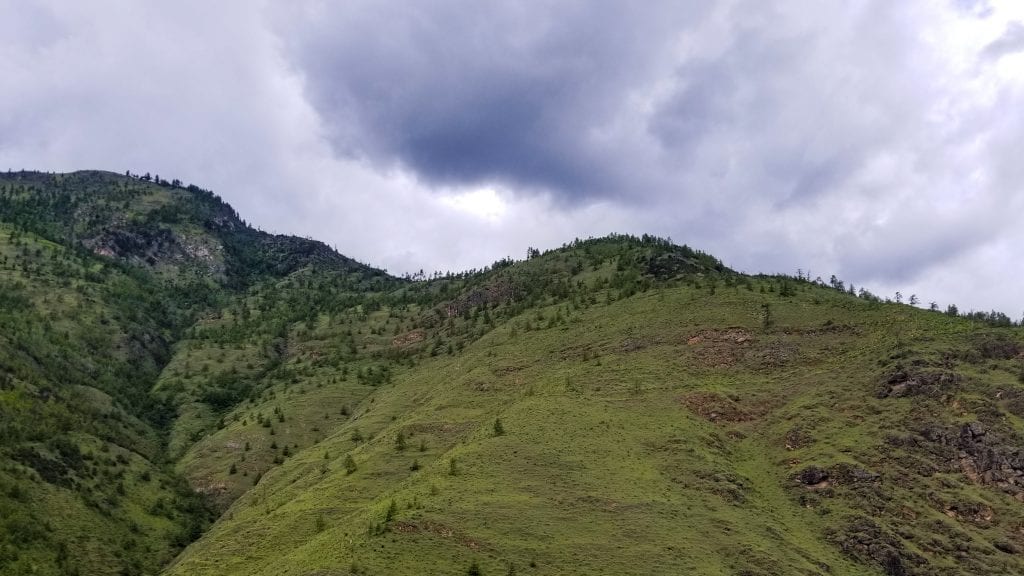 The green carpets were everywhere during our journey.

As our car was racing on the highway, I was enjoying the greeneries. Bhutan is a landlocked country, it does not have any sea. However, it is blessed with mountains everywhere. The photos taken here were during my journey in March. I was pondering about my previous journey in Bhutan which took place in December. 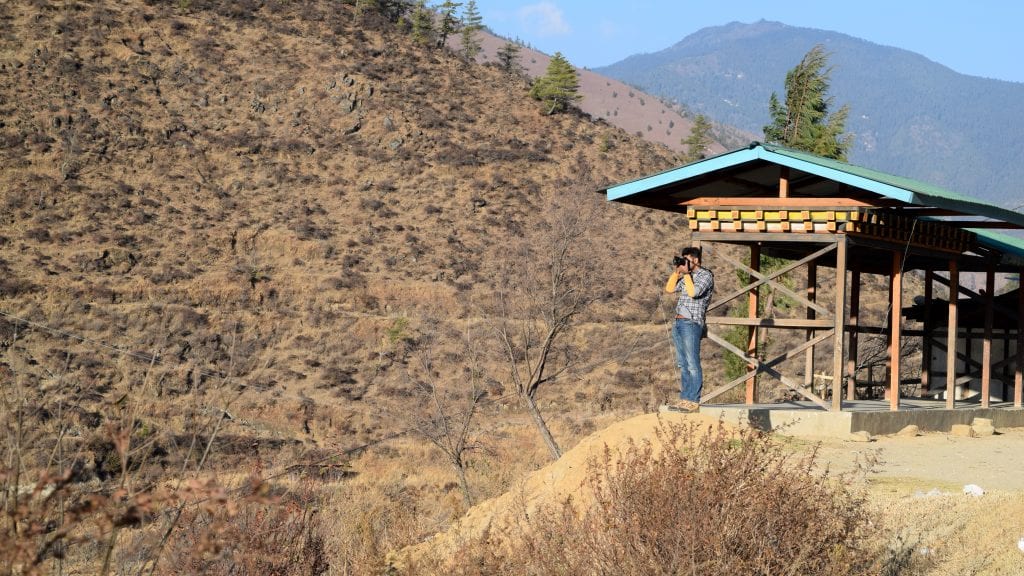 A photographer is taking photo of the landscape in Bhutan during December.

I am giving a photo during my earlier trip to Bhutan in December. The mountains were there, the sky was even brighter and sunny. However, there were no greeneries. The browns dominated everywhere along with patches of snow in some places. It seemed that I was in a different place! Depending on your preference, you may choose a favorable time for you to visiting Bhutan. 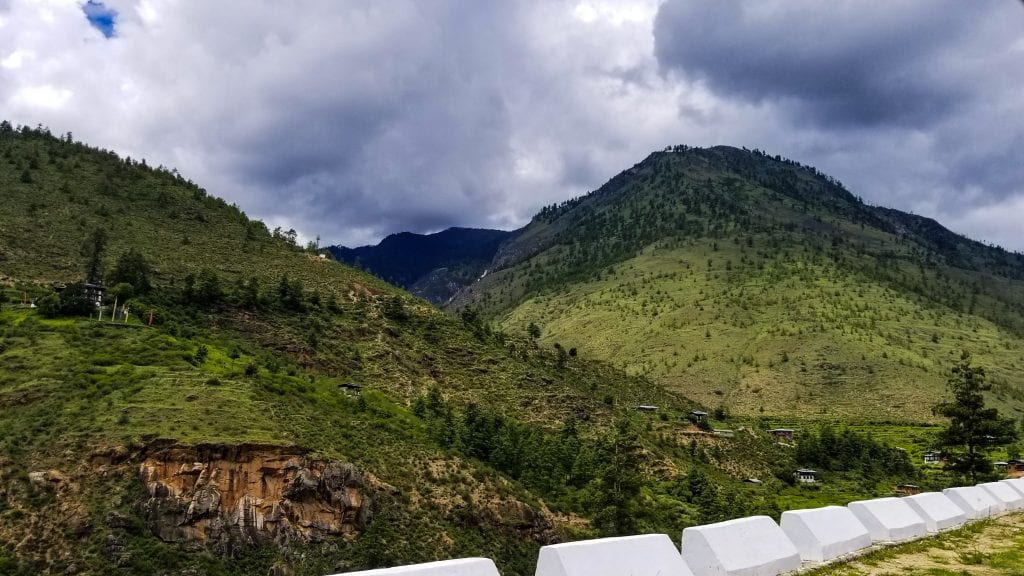 There were small protectors at the edge of the roads painted in white. If a car loses it’s control, it won’t be of much help. However, it gave a good directional sense. I was busy taking photos from the car which was running in full motion. I did not have to wait for taking a good photo. Every frame was precious – thanks to beautiful nature. 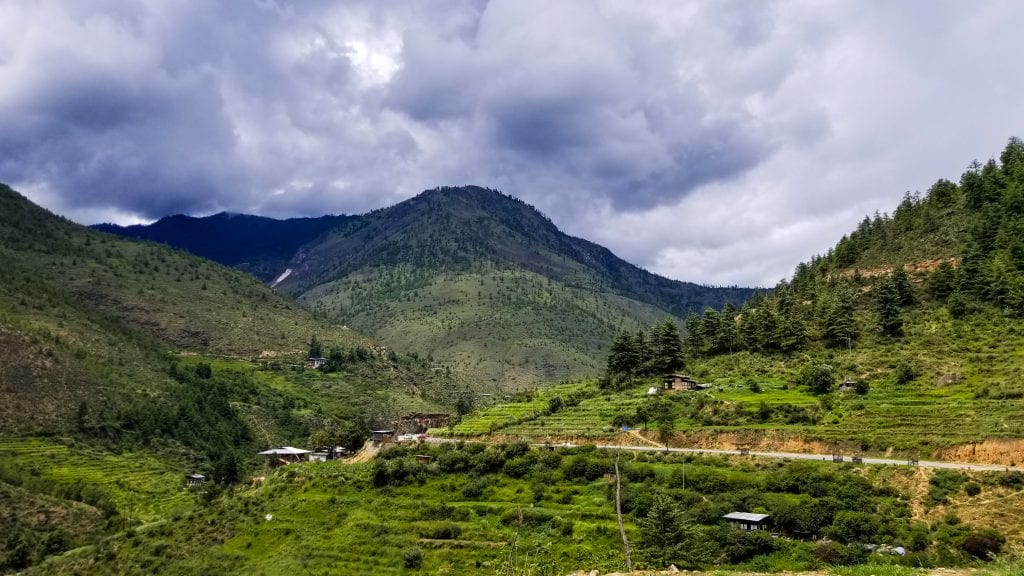 I wanna stay in one of those houses!

Had I been to any places in the world, I would have seen several high rises, fast food chains, and supermarkets. But, I am in Bhutan where Gross National Happiness (GNP) gets more priority than the Gross Domestic Products(GDP). If you look carefully, you will be able to spot one or two houses at the lap of the mountains. I felt jealous of those lucky people – this is what life should be! Surrounded by mountains – calm, quiet, and tranquil! 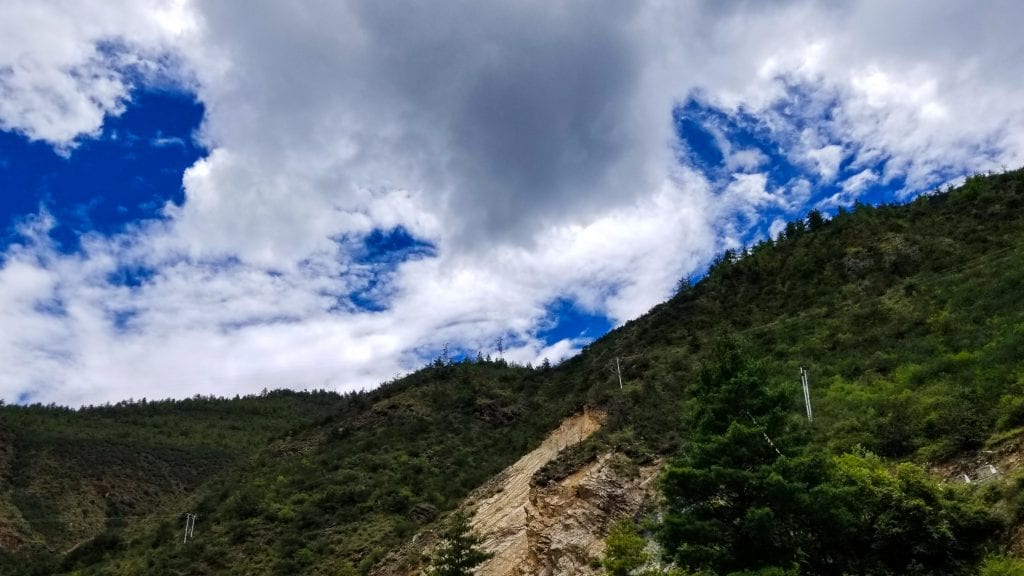 I found the purest form of clouds in Bhutan! 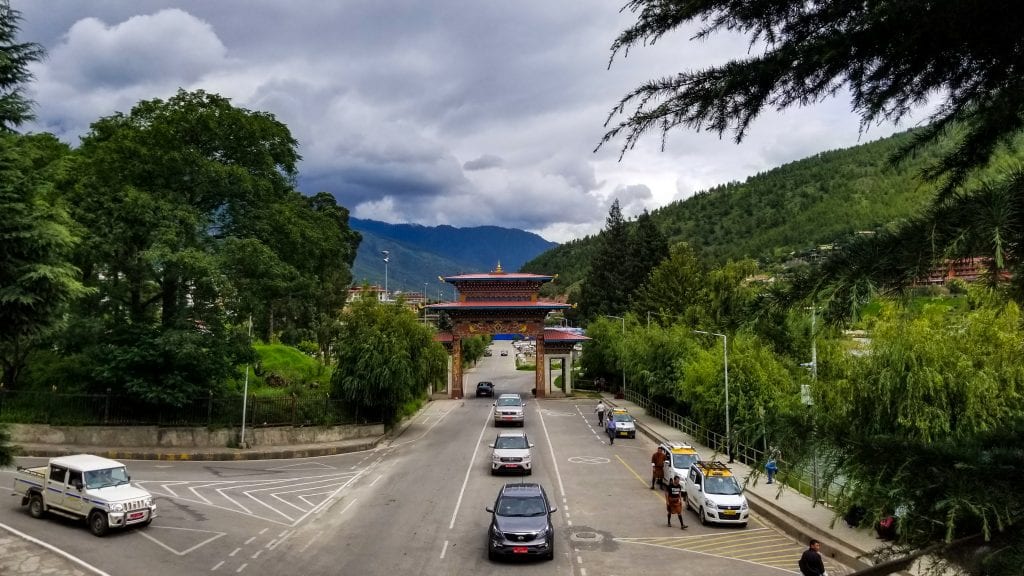 The cars are entering in Thimphu through the Thimphu gate in Bhutan.

I wish the journey would have continued longer. But as I said before, it was less than 90 minutes long. We saw a traditional gate that marked the entryway to the capital of the Royal Kingdom of Bhutan. Now, I could see some touches of artificial things like marking lanes, parked cars, lampposts, and so on. And, I hated them! Look, how greedy humans can be! 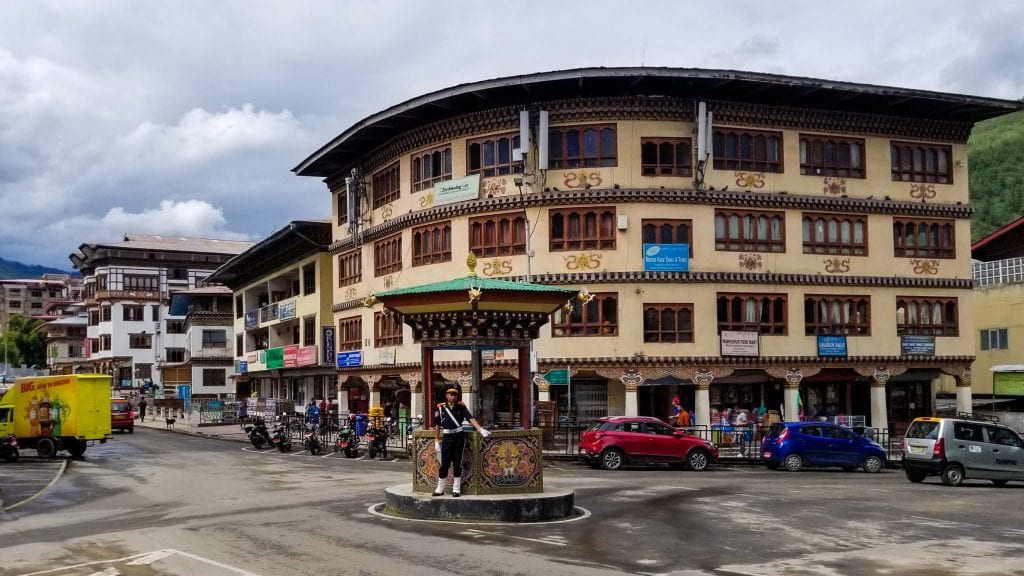 In no time, we arrived at the Thimphu city center where police were handling the traffic manually. There is no electronic traffic signal in Bhutan – there is no need to have one. The traffic is so slim and the Bhutanese people are so disciplined, they didn’t need it! This is how my journey to Bhutan started – through a mesmerizingly beautiful journey that eventually continued throughout my trip.

How to I get from Paro Airport to Thimphu?

You will find taxis waiting outside of the airport. You shoud approach and negotiate with them.

How much does it cost to go to Thimphu from Paro Airport?

It will cost between 800 to 1200 Rupees. The price will depend on your negotiation skill.

Liked the journey from Paro Airport to Thimphu? Pin it!

The post Paro Airport to Thimphu appeared first on A Walk in the World.