Are you planning a short trip to Amritsar soon? If yes, then we have listed down some of the best places to visit in Amritsar for you to explore. Amritsar is one of the most prominent cities to visit in Punjab which is rich in both history and culture. Home to the famous Golden Temple, […] 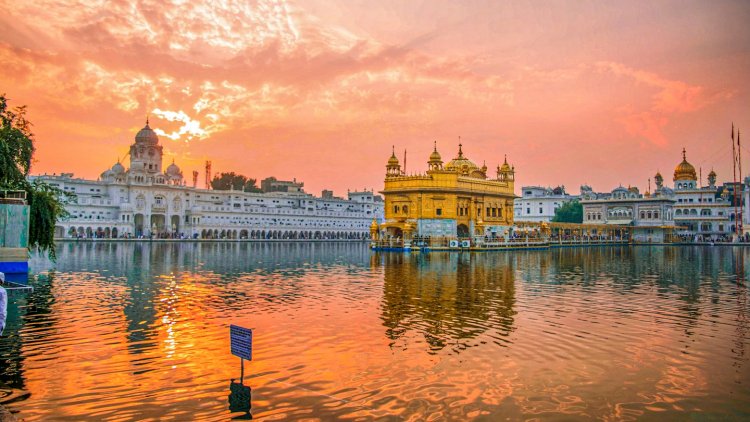 Are you planning a short trip to Amritsar soon? If yes, then we have listed down some of the best places to visit in Amritsar for you to explore.

Amritsar is one of the most prominent cities to visit in Punjab which is rich in both history and culture. Home to the famous Golden Temple, Amritsar is a small city in Punjab but that doesn’t mean there isn’t a lot to see or do here.

This also happens to be the bordering city with Pakistan where the Wagah border is located where one can watch the famous flag-lowering ceremony. That’s not all, this place is also famous for its street food and the famous Amritsari kulcha that you simply cannot miss.

So, if you are also planning a trip to this historical city, then here is everything you need to know about the top places to visit in Amritsar in 2 days!

Of course, you would have heard of the famous Golden Temple. But where is the Golden temple located? Well, it is located in Amritsar and is one of the top places to visit here.

Also known as Harmandir Sahab, the temple was established in Guru Hargobind and is one of the most important temples in the Sikh Community.

Built out of gold, the architecture of the Golden Temple is visually stunning. You will also notice a man-made pool surrounding the temple, known as the ‘Pool of Nectar’ which was completed in 1577.

Although it was built hundreds of years ago, the temple has been destroyed several times during wars. But every time, the Sikh community came together to rebuild it. It was Maharaja Ranjit Singh who built the temple with marble and copper after its last destruction and then, after a few years, plated it in gold.

One of the main attractions of this temple is the langar, the world’s largest community kitchen, where everyone can come and enjoy free meals. Hundreds of volunteers cook in the kitchen to serve food for visitors without expecting anything in return.

Make sure to try the prasad here served at the temple which is quite delicious. You can easily sit here for a few hours just soaking in the peace and the calmness that radiates from the Golden Temple.

Tip: To soak in the Sikh culture, plan a visit to the temple early in the morning at 4 AM. This is when the holy Guru Granth Sahib is transferred from Akal Takht to the temple in a Palki. The ceremonial procession is quite enchanting and peaceful.

Pro Tip: Plan a trip to Amritsar to witness the Golden Temple during Baisakhi (April). Trust me, the festival is a sight to behold here. You can also visit it in Diwali when there are thousands of diyas outlining the steps of the pool surrounding the temple. 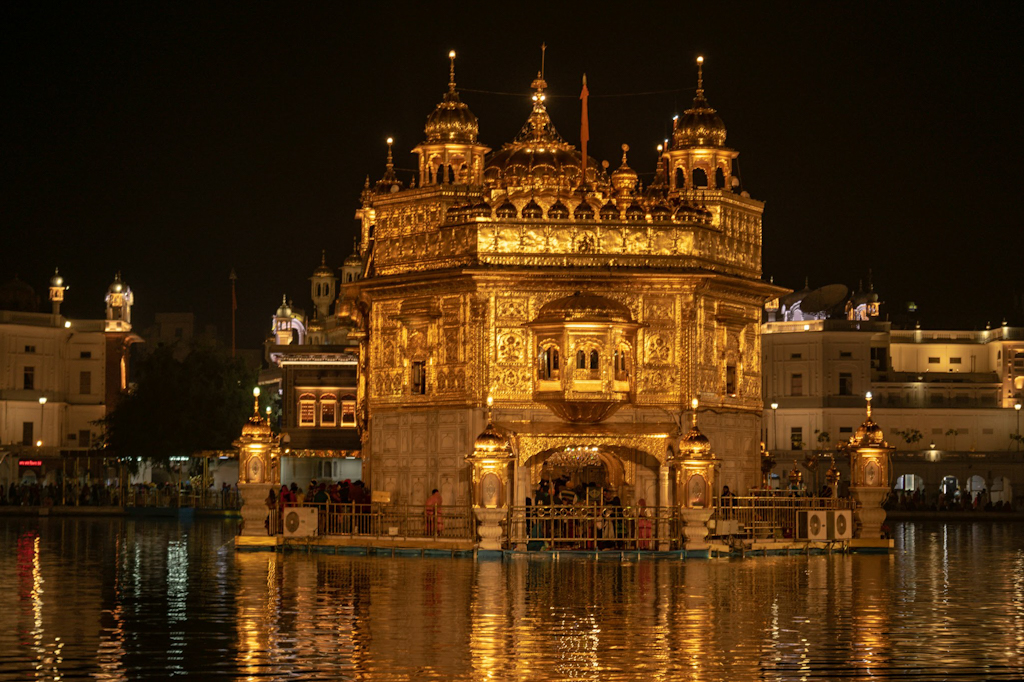 Located in the heart of Amritsar, Gobindgarh Fort is over 250 years old and an iconic symbol Punjab. This is one of the best places to visit in Amritsar for anyone who wishes to learn the history and culture of Amritsar.

During the reign of kings, this fort used to be manned with thousands of soldiers who fought against potential invaders. Currently, this fort is home to four museums – Turban Museum, Warfare Museum, Sikh Art Museum, and more. You can learn about different weapons and cultural aspects of the Sikh community over the years in these museums.

To learn the history of the fort, attend the evening light and sound show. The show is available in two languages – Punjabi and English. The show happens late in the evening after 7 PM.

Apart from that, you can also watch the 7D movie on Maharaja Ranjit Singh to learn about the history of Punjab. If you are feeling hungry, there is a restaurant named Ambarsari Zaika which is located inside the fort and serves the most delicious food.

One of the saddest places to visit in Amritsar in 2 days trip, Jallianwala Bagh is located close to the Golden Temple and has a gruesome history associated with it.

This public garden memorializes the thousands of people who were killed or injured by the British soldiers during the Independence Movement of 1919.

What makes this incident so sad is that they were carrying out a peaceful protest against the British colonialization but were shot at on the orders of General Dyer. There are still bullet holes visible in the walls behind which the innocent protesters tried to hid to protect themselves against the shooting.

You will find the pictures of the prominent people who played a major role in the Independence movement. Plus, there is an exhibition on the victims and an eternal flame burning in memory of the innocent souls.

The Indian government built this memorial for the victims on 13th April 1919.

Another one of the best places in Amritsar for exploring, Shri Durgiana Mandir is a Hindu Temple located near the Railway Station.

The most intriguing thing about this temple is that it resembled the Golden temple with its half gold, half marble facade. That’s not all, it is also placed in the center of the sacred laked like the famed Golden Temple.

Dedicated to goddess Durga, goddess Lakshmi, and Vishnu, Durgiana Temple receives thousands of devotees every year. This is a Hindu religious site which is why it is mostly visited by pilgrims but some tourists might explore it for its beautiful architecture and spiritual environment.

One of the best places in Amritsar, Wagah Border is around 30 km from the city center and takes about 40-50 minutes to reach.

This Indo-Pak border is famous for the popular border-closing ceremony that occurs daily here at 4 PM.

The parade starts at 4 PM and lasts for about 30 to 45 minutes. You can take a seat closer to the parade or a little higher up to see both Indian and Pakistani performances.

During the Beating Retreat Ceremony, the guards from Indian Border Security Force perform the routine and there is lots of dance and merriment on the Indian side. You can also get the VIP seats to get a clear view of the ceremony on both the sides.

If you want to get VIP seats, you have to come early in the morning to give your ID proof and fill up the form for the seats.