Another guest post written by David Henderson, an avid traveler who has been all over Europe, seeking the most unforgettable… The post 3 Magnificent Destinations in Western Portugal appeared first on Hopping Feet. 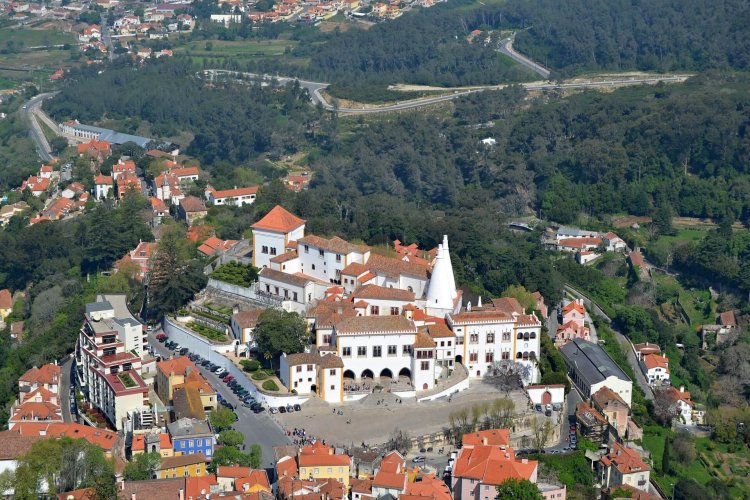 Another guest post written by David Henderson, an avid traveler who has been all over Europe, seeking the most unforgettable experiences at every turn. His favourite season to travel is winter and he's an expert when it comes to pre-travel prep and packing.

It's not an exaggeration when we say that Portugal is a blessed country with natural and intrinsic beauty. The incredible landscape of the country combined with its Mediterranean climate turns it into a superb destination for any traveller looking for all this indescribable beauty of the sea and the sun. Throughout it, one can locate places and points on its map that will surely leave you breathless. But today with this article, we will present you the three not so famous regions of Portugal that deserve your attention. You can also call them well-hidden diamonds if you will.

So our trip includes three destinations from the western part of the country, which consist of Sintra, Campo da Roca and Cascais to get the information you probably need to travel like local folk in the country.

Sintra is about 45 minutes by train from Lisbon, and the routes are relatively frequent. The municipality of Sintra is the second largest in Portugal in terms of population, after Lisbon.

The city is a UNESCO World Heritage Site due to its 19th-century architecture and is a significant tourist attraction. During the 19th century, the town of Sintra became the first centre of European Romantic architecture. Elegant houses are also built in the same way in the surrounding area, so he created a unique combination of parks and gardens that influenced the evolution of "landscape architecture" throughout Europe.

The highest altitude attraction is the Palacio da, Pena. It is located literally in the Parque da Pena forest. The forest is beautiful, full of local and exotic trees. Ferdinand II commissioned for planting the trees in the forest in 1869, to create a place where he and his secret mistress would spend their time away from the indiscreet looks of other people.

About 10 minutes walk down from da Pena forest, is Castelo dos Mouros, the castle built by the Moors when they dominated the area.

Quinta da Regaleira is a trendy tourist spot in Sintra. The architecture of the palace is reminiscent of Roman architectural style, but also the Gothic and Renaissance times. It was renovated in 1904 and finished in 1910.

The old town has beautiful buildings such as the City Hall, the post office and the Museum of the Region. Most visit the Palacio Nacional de Sintra located in the heart of Sintra Villa (Old Town). The building stands out from afar due to its two strange, conical, white chimneys.

Book your hotel in Sintra here.

The Cape of Cabo da Roca

Cabo da Roca is a cape that forms the westernmost part of Portugal and mainland Europe, west of Lisbon. The Portuguese poet Luis de Camoes describes Cape Cabo da Roca as the place "where the land ends and the sea begins" since America had not been discovered at that time.

The existing rocks are over 100 meters high while the various stones in the area are of rich geological importance. The vegetation is adapted to the saltwater and the prevailing stormy conditions. The area is home to some migratory birds that nest temporarily in the protected coves of the coastal zone. At the top of Cabo da Roca are the ruins of a 16th-century castle that served as Portugal's naval defense. In its main building, today is a lighthouse dating from the late 18th century.

Visiting Spain? Read about how to plan your itinerary.

The beautiful Cascais in the arms of the Atlantic

Cascais is a small coastal town on the coast of Estoril in the greater Lisbon area. Here was the holiday home of the former royal family and is playing one of the most critical parts in Portuguese tourism. It is a gorgeous area worth visiting for its historic centre, which is full of architectural treasures.

The imposing Cidadela fortress is mostly known for its striking architecture but also known for its small museums such as the Museum of the Sea, the Casa das Historias de Paula Rego and the Municipal Museum of Condes de Castro Guimaraes.

Stop for a meal at local restaurants and discover thousands of small culinary delights, mainly fish and seafood, as Portugal consumes more fish per capita - primarily cod - than in any other European country.

Near the train station, there is a beach with soft sand and turquoise waters where you can swim. A strictly touristy place in the Atlantic with lovely stylish shops. It offers peace and quiet for anyone looking for it. An ideal way to get around the city of Cascais and its surroundings is by a car. And since you may not have your own vehicle with you, you will be led to the option of renting a car. So if you are looking for car hire in the city of Cascais, Enjoy Travel will provide you with a massive range of vehicles for every need and every budget, to get the comfort and convenience you'll probably need.

Why you should visit Subotica from Novi Sad in Serbia