Featuring the second-largest country in the world, the Great White North, and homing the Silicon Valley, as well as being the home to Twinkies, corn dogs, and tacos, 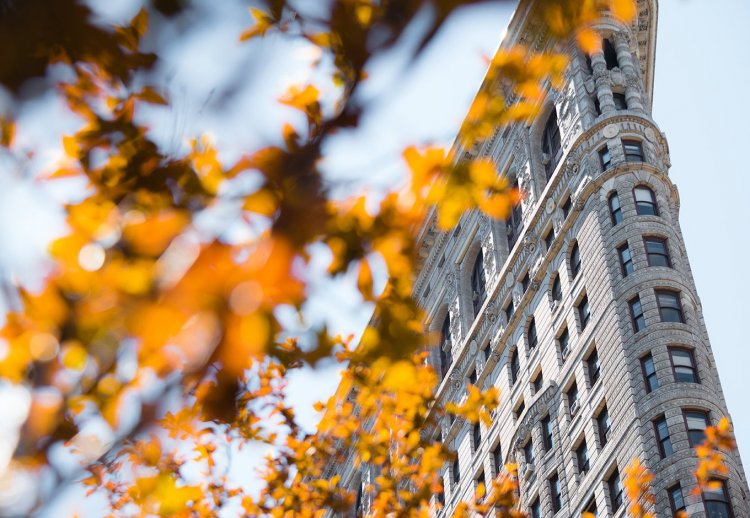 Featuring the second-largest country in the world, the Great White North, and homing the Silicon Valley, as well as being the home to Twinkies, corn dogs, and tacos, North America is known for its contemporaneous culture, attracting many families to the Walt Disney World, many modern art lovers — to Quebec’s Les Automatistes works. North America makes an exciting holiday destination to anyone seeking a place to discover natural wonders, such as the northern lights in Alaska, or to learn about indigenous ancient civilizations.

And if you speak English, Spanish, or French, the ease to navigate around is just unimaginable — you can connect to virtually anyone around the continent! Countries in North America are full of welcoming and hospitable people, as we will see.

Note: Make sure to double-check COVID 19 precautions, protocols, and operating hours before you visit any of these sites, aside from checking the areas with a high risk of yellow fever transmission. 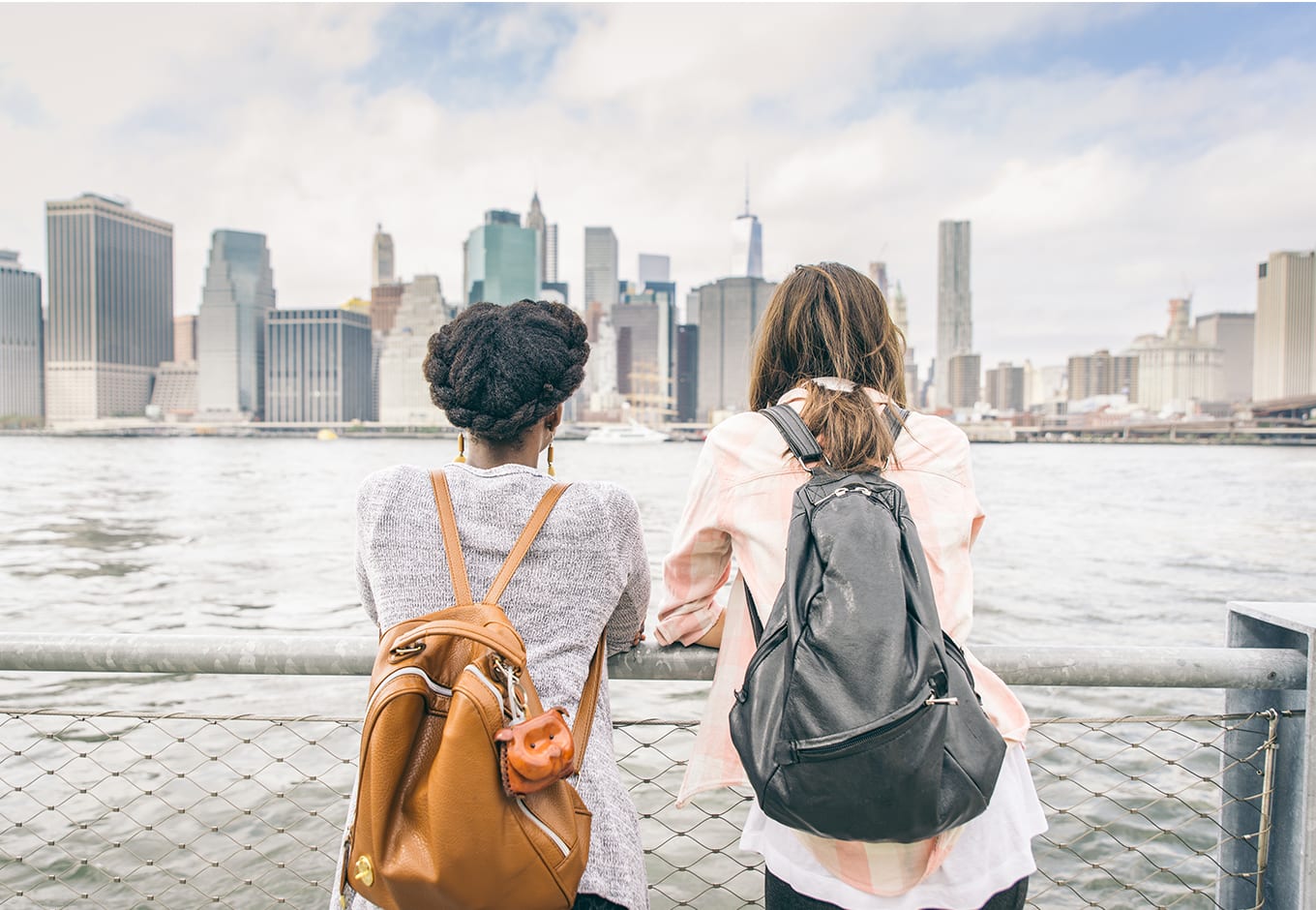 Why is it so popular to come to America? Some come here to experience the ethnic diversity, others — to see the mind-blowing nature or watch a baseball game. Whichever you may think is your calling, there are many reasons why anyone should visit North America at least once in a lifetime.

It is Generally Safe to Travel

Compared to almost any other region in the world, North American travel is generally on the safe side. Mafias are unheard of, and it is generally safe for solo travelers of any age, race, and religion. Moreover, it is easy to travel in larger groups as well, as the tourism sector is well organized.

It is the Mix of Cultures that Makes it Unique

Cuisine, slang, dress style, accents, and attitudes are very different depending on which side of the continent you are, and even within the same country (especially if talking about the United States or Canada). You may find yourself in the fast-paced life of Charleston swinging along with the big bands, learning about the self-sufficient lives of indigenous communities in Chiapas, Mexico, or wandering around the city walls of Quebec city in Canada. 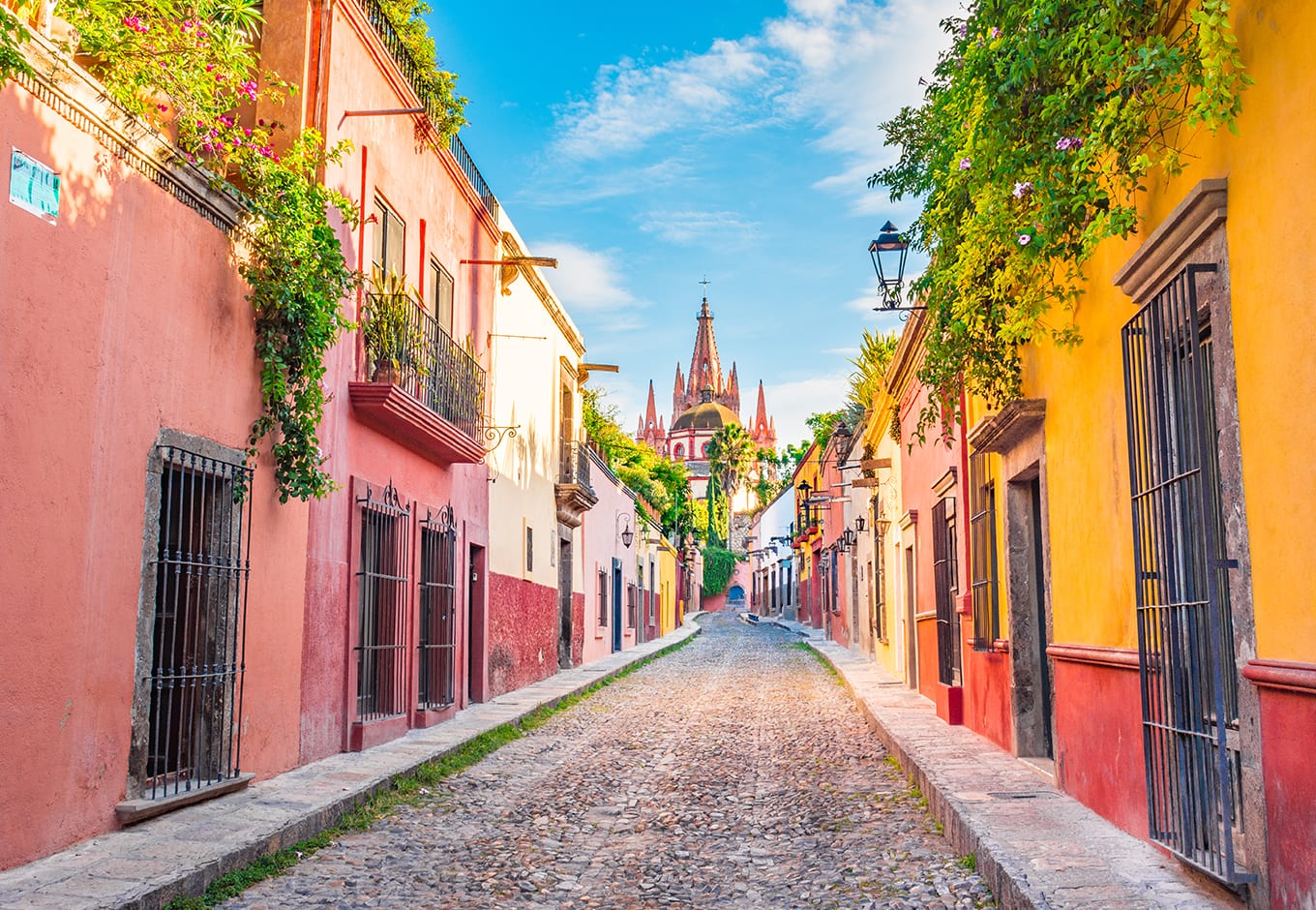 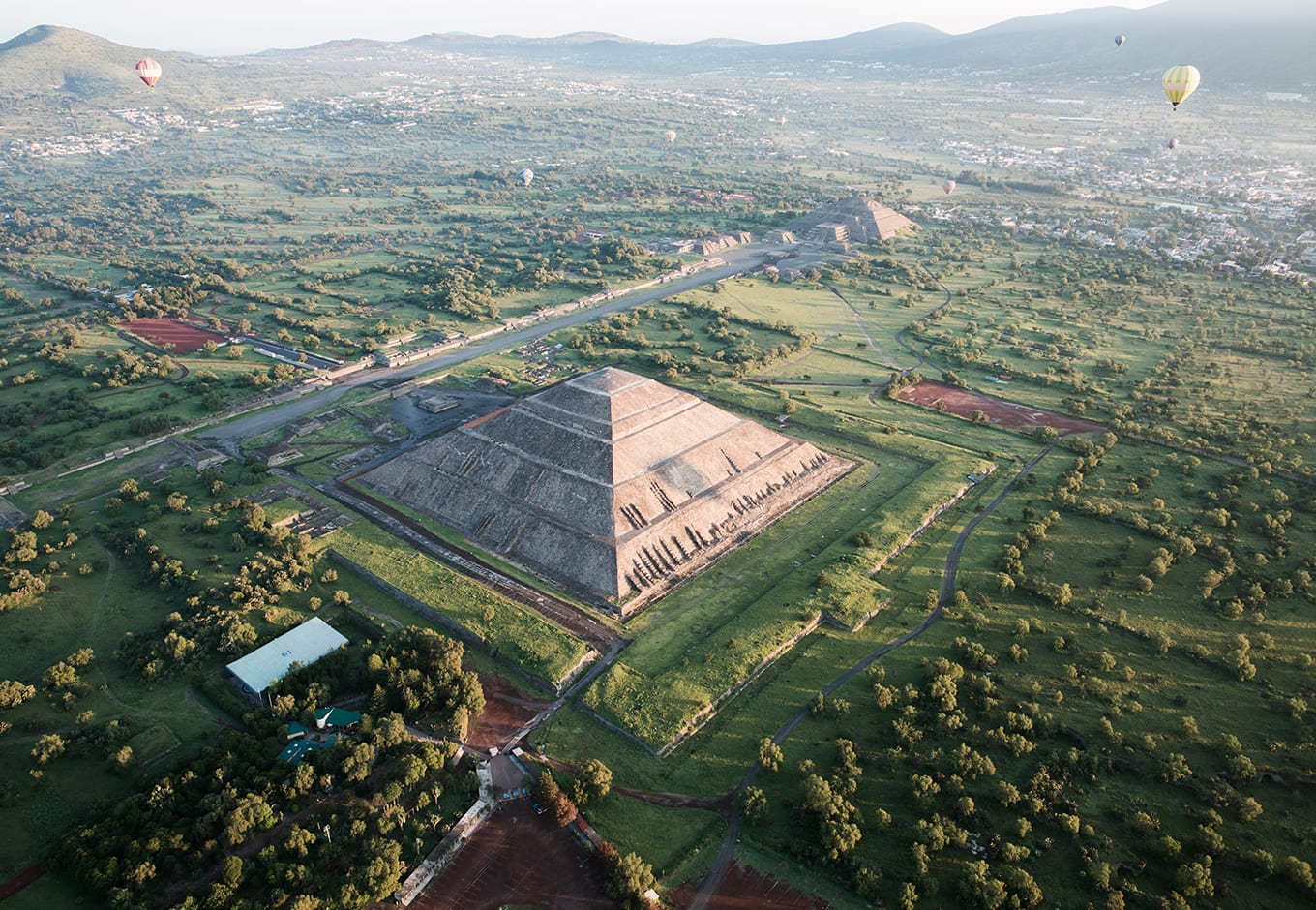 Known for its fabulous beaches, ancient ruins, and colonial Spanish architecture, Mexico lives up to the fairytale image. Apart from its brightly blue idyllic beaches in Sabancuy, or Paradise beach in Tulum, their epic volcanoes, as El Popo, are true natural wonders one must add to one’s bucket list.

You can plan your itinerary starting from visiting Mexico City with vibrant culture and charming neighborhoods, later visiting archaeological wonders of Aztec culture and other UNESCO sites (of which there are 27 cultural sites alone!)

When in Mexico, do not forget to taste real Mexican food (read about the difference between traditional Mexican and Tex-Mex cuisine), like chili con carne and tacos, and drink some tequila shots before going out at night in the vibrant Mexico City. 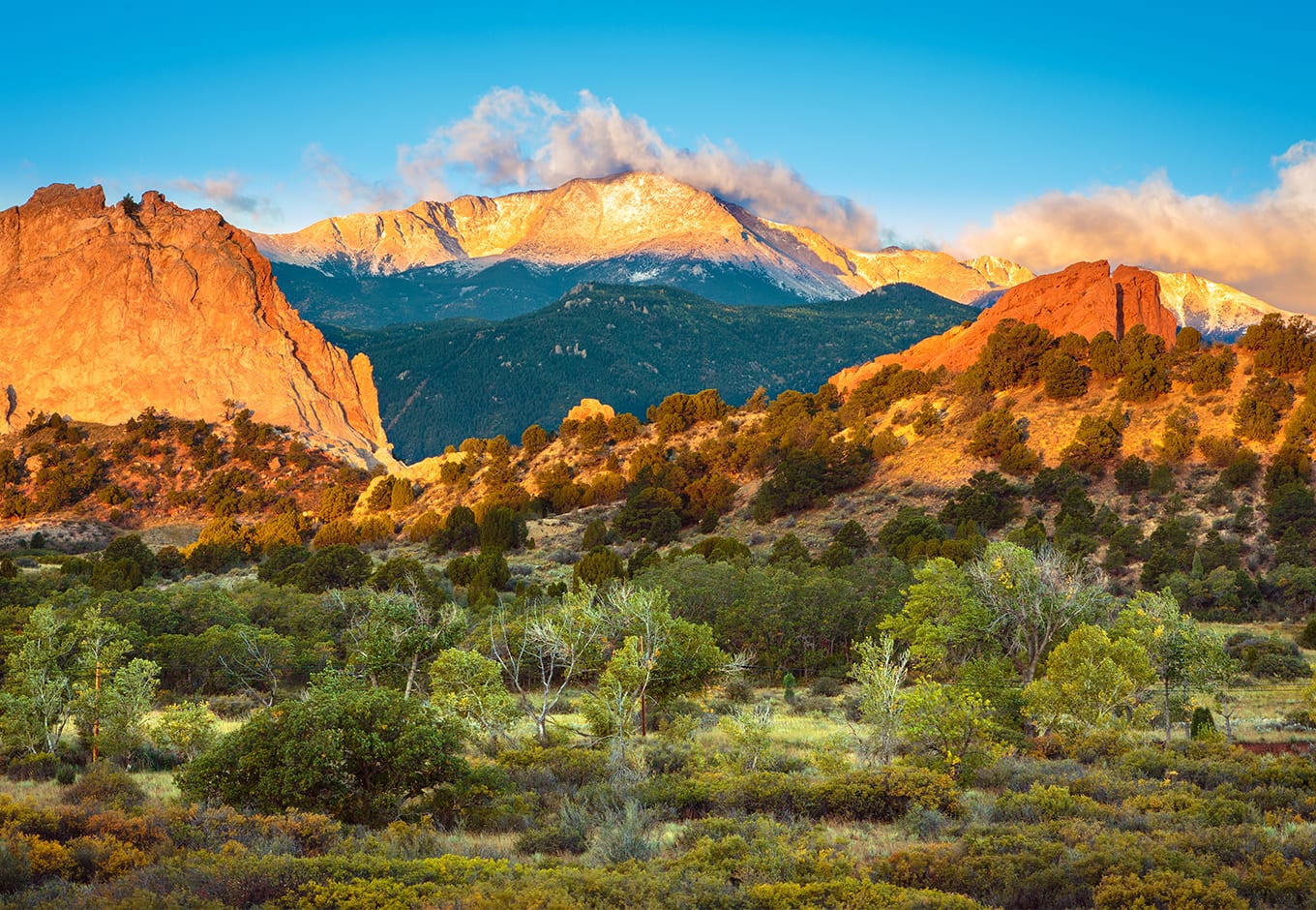 The Centennial State is most famous for its mountains — the Rocky Mountains, to be specific. Colorado is best enjoyed in wintertime when you can ski in some of the Colorado resorts (read about the best Colorado ski resorts), go snowshoeing in Steamboat Hot Springs, or simply relax in countless SPA resorts with hot springs surrounded by forests.

For families visiting North America, outdoor activities such as fly fishing and mountain coasters are available. After a whole day enjoying the red sandstone formations of Rocky mountains — one of the most notable national parks in the United States – it is best to hit the city and order a glass of beer or adelicious cocktail (see the best bars in Colorado Springs), or visit some of the cozy coffee shops on a gloomy day (see the best coffee shops in Colorado). 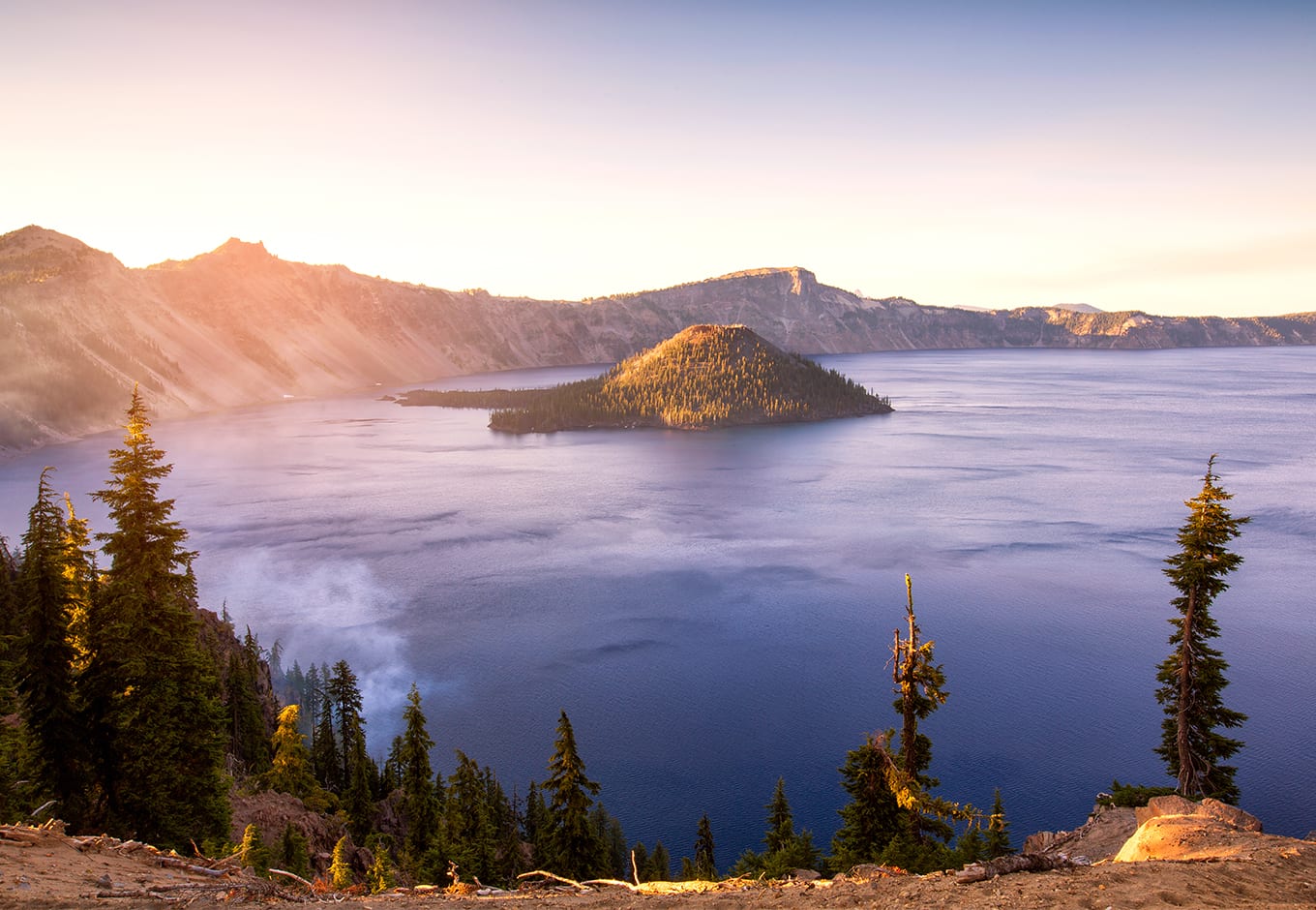 Did you know there is a city named Boring in Oregon? For your excitement, Boring in Oregon has a sister city, Dull (Scotland), and so the August 9th is “Boring and Dull Day” statewide, adding some Scottish flair to the North American culture. However, there are much more exciting things to do in Oregon, starting with visiting the Crater Lake National Park with lava cliffs rising 2000 feet high, and Cannon Beach with the large jagged coastal rocks.

To have a better sense of Oregon and West coast nature, go on a Pacific Northwest road trip from Brookings to Florence, and all the way up to Cannon Beach. You can start your trip in Portland — and do not forget to try the iconic savory-leaning dessert Foie Gras Profiteroles at Le Pigeon, or herring under a fur coat at Kachka (the place is kicking the Portland Rusian food revolution!) But if nature is your true calling, consider taking the Inside Passage cruise trip through the islands on the Pacific Northwest of the North American Fjordland. 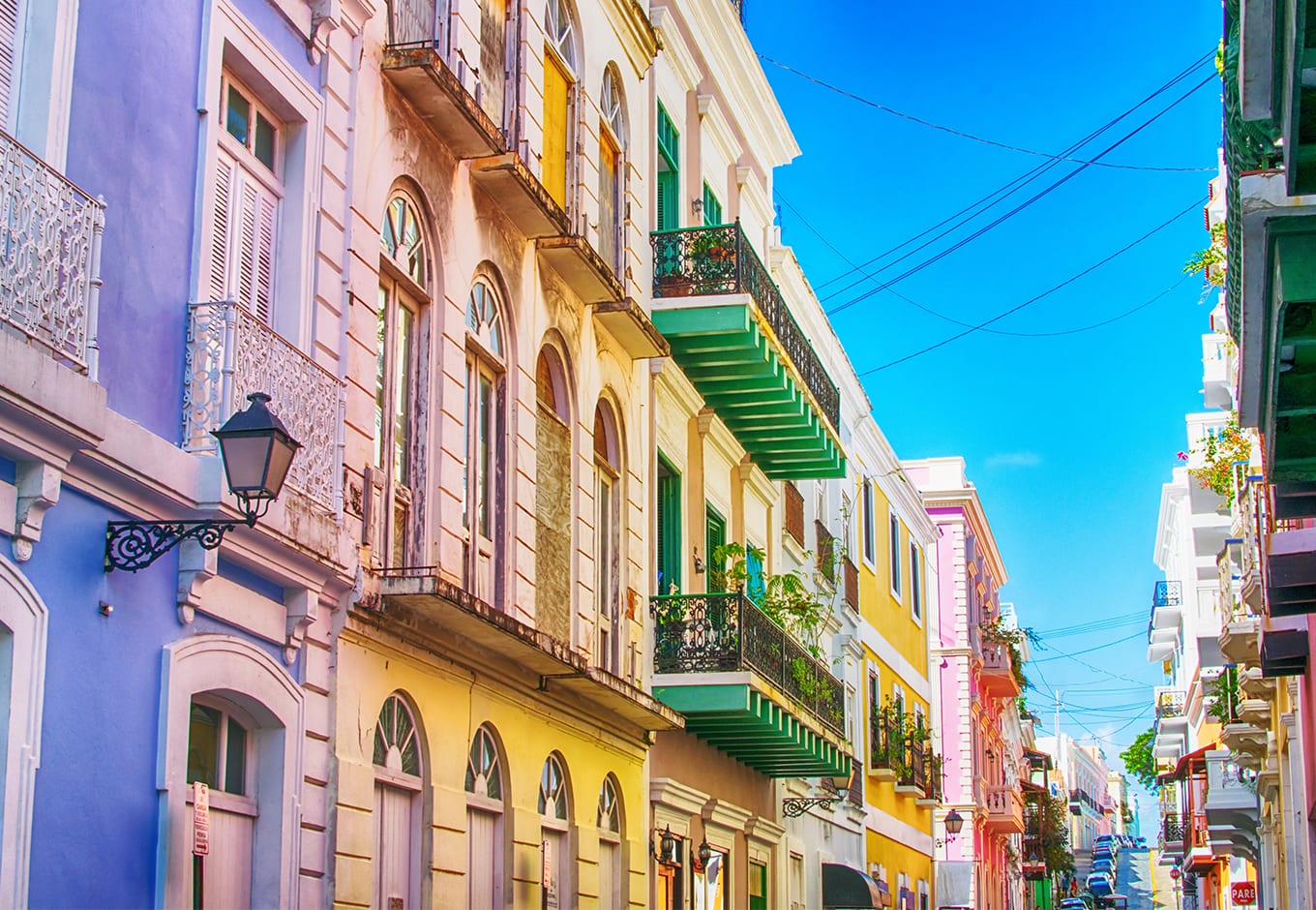 Nature is an adventure, and it holds in Puerto Rico. From exotic white beaches to rain forests, underground caves, and bioluminescent bays, the beautiful landscapes, however, are just a part of the equation. Puerto Rico has a rich history, friendly people, and some of the most delicious food you can find. With a bakery on every corner, the Puerto Ricans enjoy fresh bread out of the oven every day, and the whole roast pig, lechón asado, is a specialty not mastered in every region. And did we mention the rum?

When planning your itinerary to Puerto Rico, try to book your trip from mid-April to June, in the sweet spot after the busy winter season and before the rainy summer. Spring weather is especially pleasant, and you may enjoy lower prices in hotels and tourist attractions, as well as Saborea, the grandest food festival in the state held in April. If you stick around for the week leading to Ash Wednesday, the island turns into a colorful sea of vejigantes, costumed characters with vivid demon masks, concluding with a grand procession on Tuesday. 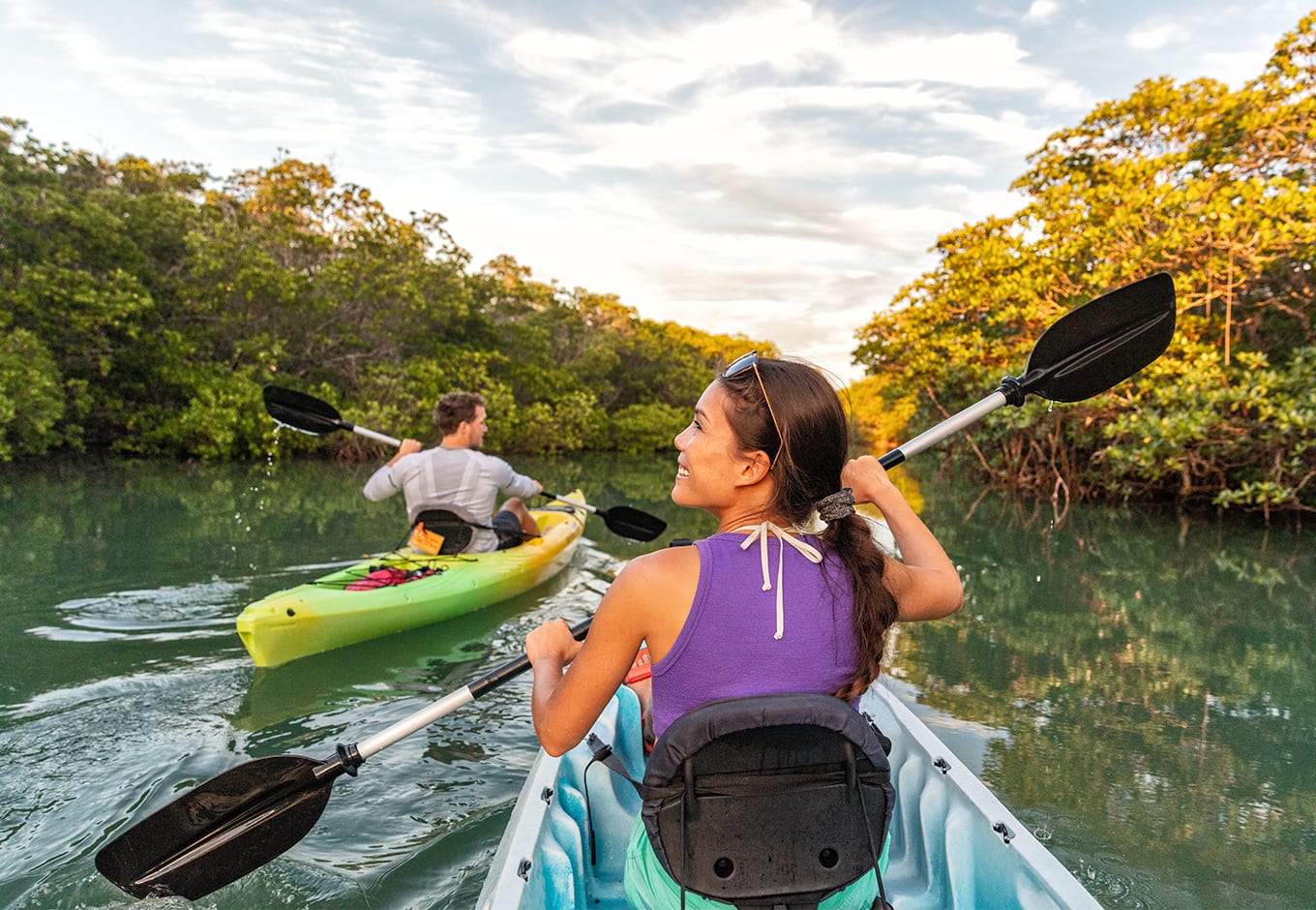 Florida is one of the most family-friendly destinations; with the major tourist attractions – Orlando and Miami – popping up on any North America travel guide, there is much to do around, from hopping into a rollercoaster at the Walt Disney World in Orlando, to visit the nation’s oldest city, St. Augustine. If you plan your family vacation, plan on going to Destin to swim with dolphins, or schedule a paddle along the shorelines of Fort Myers Beach (see more family holiday ideas in Florida).

Apart from traveling specifically for its well-known attractions, you can visit Florida along Route 66, or plan a romantic trip to Orlando going on a sunset kayak tour or boat ride at Lake Eola Park (see the most romantic things to do in Orlando). 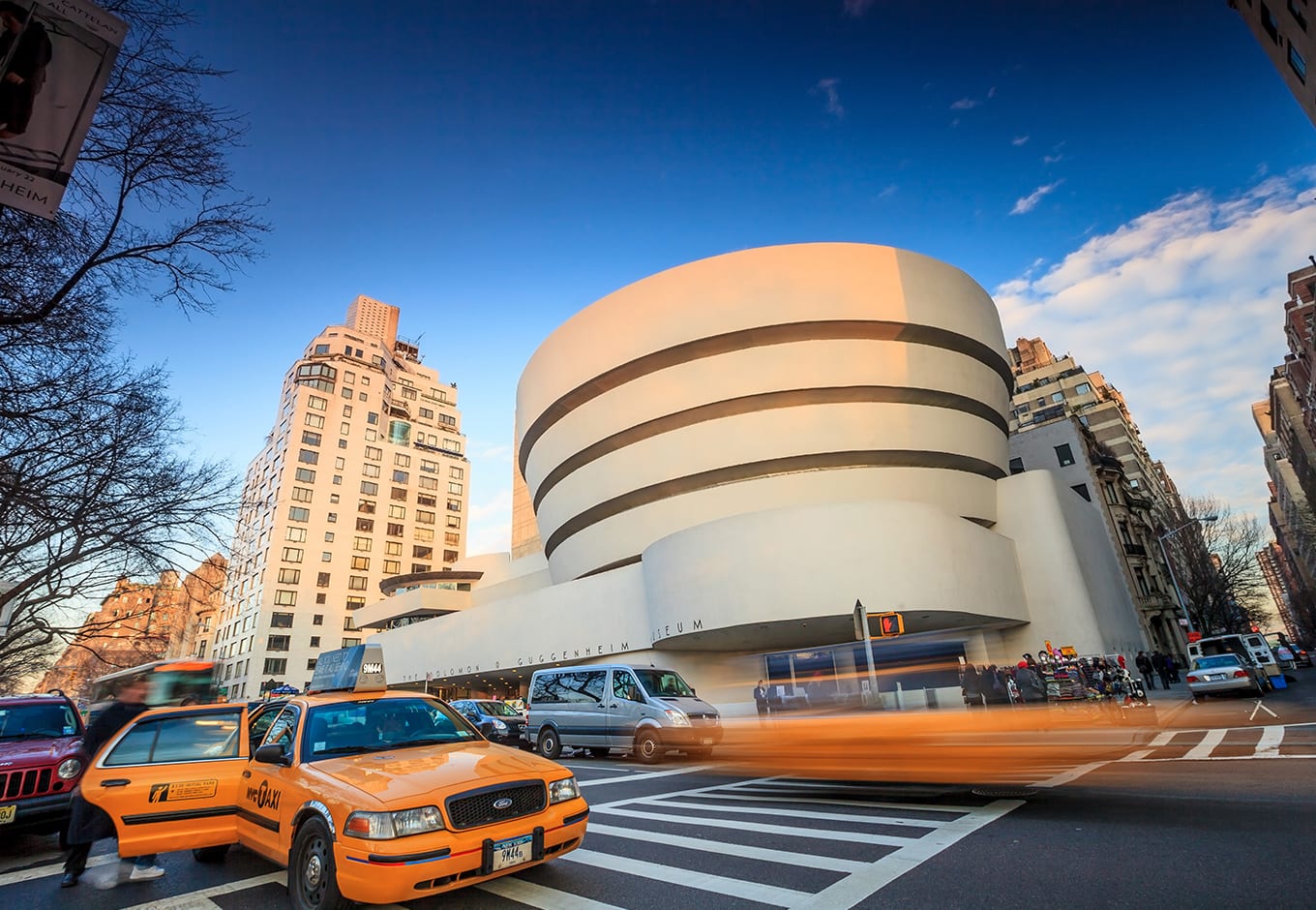 New York City, New York, is among the most tourist-loved cities, and rightly so. The city features some of the world’s best museums and art galleries, such as the Museum of Modern Art and the Guggenheim, and many of them are free. New York City is highly diverse, and you can take a straight track on Broadway’s 50 blocks to see the change yourself, or go from neighborhood to neighborhood — from brownstones in Brooklyn to the newly established art hotspot Gowanus, to Chinatown, there is so much to discover around the city that never sleeps.

See the best things to do in New York during Christmas and learn more about New York best-ranked attractions. When in New York, do not forget that the city has great Italian restaurants — try New York-style Italian ice and pizza there. 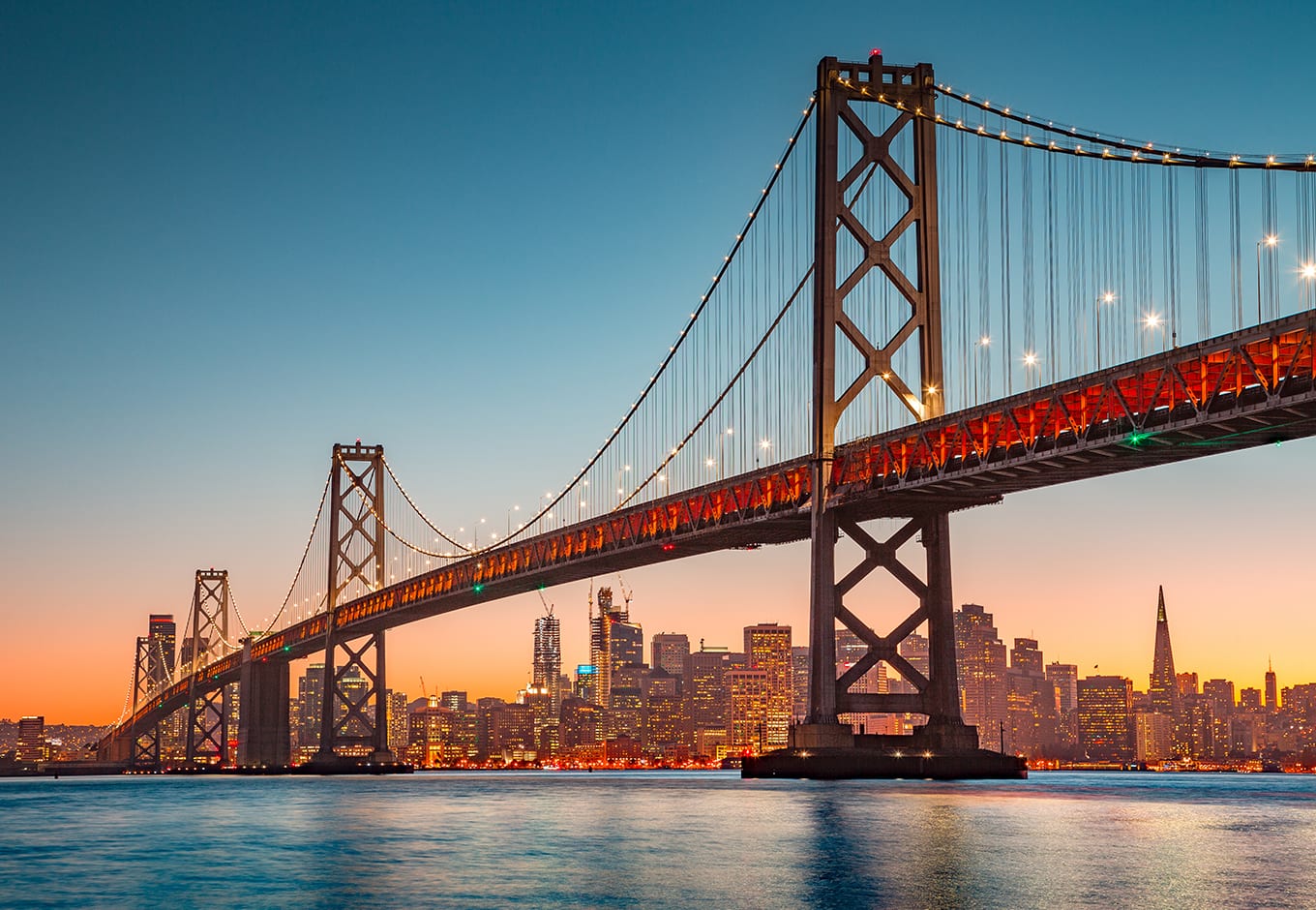 With Santa Monica Beach in Los Angeles and San Francisco Golden Bridge, the California trip is a dream itinerary worth living. Amazing weather, some of the world’s best theme parks, such as Universal Studios Hollywood, and Magic Mountain, and its rich history since the 19th century, make this North American state a marvel.

And even if you are not a huge fan of world-famous blockbusters or theme parks, the beautiful national parks filled with wilderness — Yosemite National Park, Redwood National Park, and Marin headlands, among others, are definitely worth a visit (see the oldest national parks in the US). Feel free to indulge in California’s fresh seafood and fresh fruit! 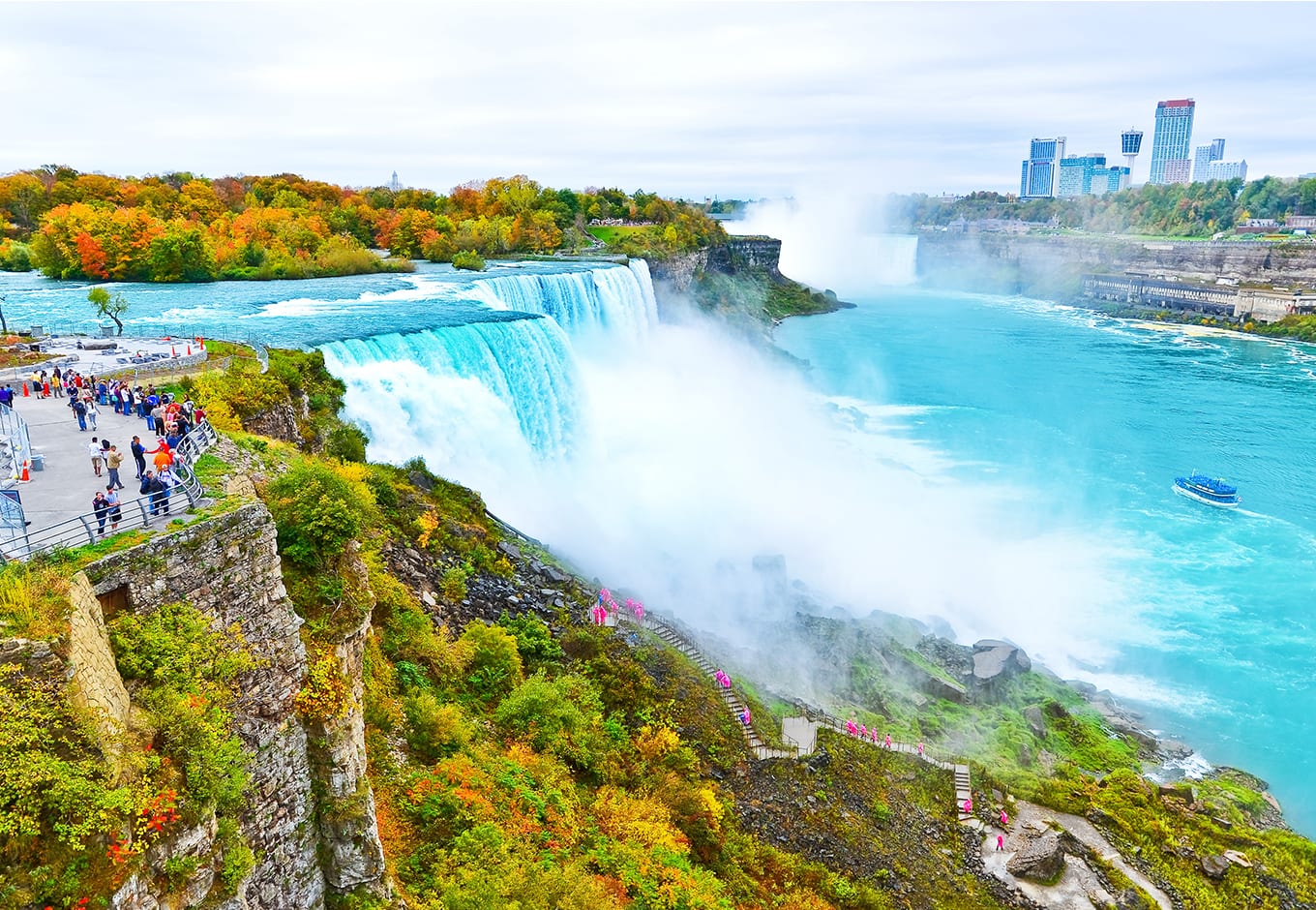 Any travel guide to North America would not be complete without polar bears in Canada, or Niagara Falls and Horseshoe Falls along the border of the United States. Moreover, the bustling Toronto, and Parliament Hill in Ottawa, set against the Ottawa River, is among some of the most peaceful North American cities to visit. What’s more, Ontario’s national parks provide a glimpse into the Aboriginal history of dating back 500 to 1,000 years – you can see and touch rock carvings in PetroglyphsProvincial Park, or simply enjoy a fun family holiday canoeing, camping, or hiking in Georgian Bay Islands National Park, or the Fathom Five National Marine Park.

If Niagara Falls, Rocky Mountains National Park, or Grand Canyon, North America is truly a state of natural wonders, but its world-class restaurants, theme parks, and museums all make a trip to the USA, Canada, or Mexico a special experience. Sunbathing on beaches, swimming in hot springs, camping in the tundra, and exploring rainforests, wilderness, and native American footsteps will leave any traveler with amazing stories to tell and an urge to come back.

How To Control Your Temper - 10 proven Tips

What is the Best Time to Visit Varanasi?

Exploring the Offbeat Sights of Ranakpur with Mana Resort